How To Properly Cut & Assemble Arrows

BEFORE YOU CUT ANY ARROWS…

Obviously, it’s really important to make sure you know what length you want your arrows before you cut them. If you’re new to archery or making some large form changes, your draw length will probably change quite a bit.

If you’re cutting your arrows down to make them stiffer and help your tuning, you should always err on the side of caution. Cut less than you think to start with and only cut a couple of your arrows down. Once you’re sure what length you want, then cut the whole set down.

It’s easy to cut a little bit more off your arrow later on, it’s quite a lot harder to add some of the cut arrow back if you’ve cut too much.

If you’re not sure how to find your correct arrow length, take a look at our Tuning Guide & our post on Correct Draw Length.

HOW TO CUT YOUR ARROWS DOWN – VIDEO

HOW TO CUT YOUR ARROWS DOWN – NOTES

Always check the blade is undamaged before cutting arrows. Wear protective eyewear and use a vacuum attached to the arrow saw to prevent you inhaling carbon dust.

Make sure the arm of the arrow cutter that determines the length is fully secure and you can’t move it.

You should use the adjustment on the side of the arrow cutter plate to adjust the depth that the blade will cut to. You can see this demonstrated in the video. Obviously you should do this with the arrow cutter turned off.

Locating the arrow is a lot easier if you put a pin in the back of the arrow. I do this even when I’m not shooting pin nocks. You must obviously make sure you are cutting to the correct length.

As you cut the arrow you need to rotate it. If you don’t use the pin it can be quite easy to roll the arrow around in the locator without realising it.

Slowly push the arrow shaft into the blade whilst rotating it. You should rotate it in the same direction as the saw blade. In this video you can see this demonstrated as the top of the arrow rotates away from the blade.

Continue rotating the arrow for a short while after it is fully cut, and as you pull it back out of the blade area.

Hold the point with your fingers, if it gets too hot to hold then it is too hot to put in the arrow and you risk damaging the arrow.

Always use Easton hot melt. Melt the glue first and apply it onto the cold point. Make sure to fill the grooves of the break off point as you can see demonstrated in the video, and only glue the end of the point. However, do apply a reasonable amount of glue.

Now, quickly heat the glue and put the point in the arrow. Rotate the point round multiple times as you do this.

Finally, push the arrow lightly into a piece of wood to make sure the point is fully inserted. Set the arrow aside and allow it to cool.

Follow the same process as glueing the point. Melt the glue first, and then lightly heat it before putting it into the arrow. Rotate the arrow as you insert it and press it against a piece of wood again to make sure it’s fully in.

It doesn’t matter too much what hot melt you use for the pin, so I normally save the Easton hot melt for the points.

Allow it to cool.

Once the glue has cooled slightly, it should become firm and cool enough to touch. You don’t want it to be completely cold and rock hard is it will be really difficult to remove. You should be able to remove the glue by scraping it lightly with a fingernail away from the arrow shaft.

It’s quite satisfying to get a nice doughnut shaped piece of hotmelt. An indicator you let the arrow cool down just the right amount.

Do the same for the pins if you have them. Now it’s time to test your arrows.

This is a simple test that you can use as a final check after you’ve made your arrows. Drop the arrow on a firm floor such as a thin carpet or mat. Don’t do it on tile, wood or concrete.

The arrow should not buzz or rattle, it should sound ‘dead’ like the first example in the video.

If the arrow rattles like the second example in the video, your point probably needs re-glueing. Heat the point up gently and rotate it around multiple times whilst keeping it in the arrow. Check it again.

If it still rattles, completely take the point from the arrow and re-glue it again as it was probably the way you glued it in which is causing the rattle. Make sure you glue it in properly according to the steps above.

Sometimes, an arrow still continues to rattle and it’s not possible to get it to make the nice ‘dead’ sound when you drop it. This is ok and is not the end of the world, but most arrows in each dozen should sound nice and quiet. 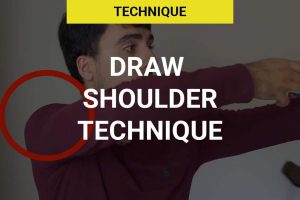 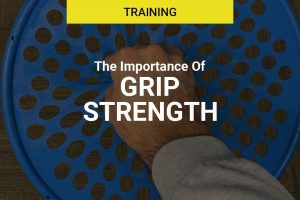 The Importance of Grip Strength for Recurve Archery

Pretty much everyone is familiar with what grip strength is[...] 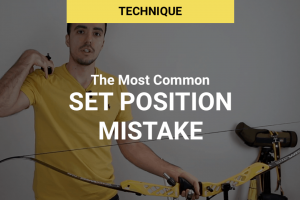