Just over a month ago I gave some coaching feedback to a recurve archer from Vietnam named Quõc. Today we look at the improvement he’s made in his technique since that coaching video. He’s progressed so much in such a short amount of time by following the key points that I gave, and training in a focussed way.

The most immediately visible improvement is the release. This is a crucial part of recurve form, and even from the comparison picture you can see that it’s massively improved since I gave the coaching feedback. The direction is much better, the draw hand stays closer to the neck and the bow hand delivers the arrow into the target more cleanly. The bow arm also stays in position for longer during the follow through which improves consistency long-term.

The bow hand position has improved on the grip, which means the elbow rotation is more easy to execute, and then the overall bow shoulder position is stronger as a result. This may seem like a minor point, but it leads into the whole front side of the shot and improves multiple parts of the shot as a result.

The main point I gave feedback on was the tension in the shoulders, and namely the upper traps on the draw side. For most recurve archers, this is something they will have received coaching on at some point because it’s a common issue. You can see in the video that there were visible creases in the neck, and the upper trap muscles on the draw shoulder side were tense in the initial video. This restricted the expansion and created the outward release you can see. In the newer video, after the coaching feedback, the archer has worked on reducing this tension and you can see there are no creases in the neck. The draw shoulder shows a massive improvement here.

Because of the draw shoulder improvements, the archer is much more able to cleanly, smoothly expand through the clicker in the correct direction. The excess tension in the upper traps/neck was limiting movement previously, and made it hard to consistently execute the expansion phase. This resulted in other parts of the body trying to compensate in an effort to get through the clicker. Now, there is much more room to expand, and the archer can move the draw elbow around the body and create a much better direction to execute the shot. 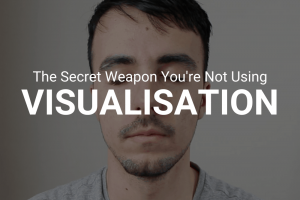 Archery Visualisation – How To Use It

Archery Visualisation – How To Learn And Use It Many[...] 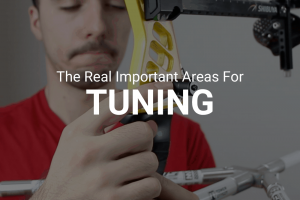 The Most Important Areas For Recurve Tuning

The Most Important Recurve Tuning Areas Too many archers spend[...] 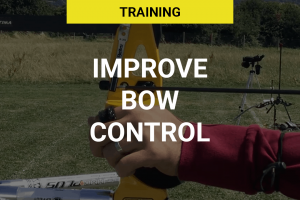 Improve Bow Control – Introduction How do I improve bow[...]